Balance for Better Business Report May 2019 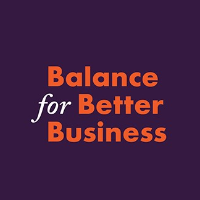 No company traded on the Euronext Dublin markets should have an all-male board by the end of this year. This is just one of the targets set by a new Government-commissioned report on gender balance in Irish businesses according to Dublin executive search firm, Principal Connections. The report also says one-third of directors at the 20 biggest Irish companies on the stock market should be female by the end of 2023.

“Women are the most under-utilised economic asset in the world and the countries and businesses that recognise this are the ones that will do best in the world of tomorrow.” Balance for Better Business Report May 2019

Currently only 16.4% of directors of all Irish publicly listed companies are female, while 15 listed companies still have all-male boards, a statistic which there is broad agreement has to change. Established by the Government in July 2018, the 'Balance for Better Business' Review Group was tasked with examining the gender mix within the governance and senior management of companies in Ireland. The independent body, co-chaired by Bríd Horan (Chair, Nephin Energy and formerly Deputy CEO ESB) and Gary Kennedy (Chair, Greencore and Green Reit), was asked to make recommendations on how women can be involved in decision-making at the highest levels of Irish business.

This the first report examining the gender composition of Irish publicly listed companies calls on businesses in Ireland to quickly address the low levels of female representation on their boards of directors. Interim targets have also been set for each year so that companies can measure their progress against annual benchmarks.

This the first report examining the gender composition of Irish publicly listed companies calls on businesses in Ireland to quickly address the low levels of female representation on their boards of directors. Interim targets have also been set for each year so that companies can measure their progress against annual benchmarks.

The report is clear in that Balance for Better Business favours a voluntary approach in which companies themselves take action to introduce the necessary reforms, thereby avoiding the need for legislation to impose gender quotas. The body says it is pleased to note that progress has already been made since the initiative was launched, with the overall percentage of women on Irish publicly listed boards increasing in the last year from 14% to 16.4%.

But it suggests the momentum needs to accelerate and to be sustained for balance to be achieved, because in recent years Ireland has slipped further behind other EU member states. It also explains there is a strong business case for better gender balance, including wider access to the entire pool of talent, greater diversity of thinking and increased responsiveness to consumer requirements. The Review Group advises that it is developing a programme of engagement with major companies and key business influencers to raise awareness of the need for change. It says it is ready to work with them to identify how we can tackle barriers preventing change.

Last week, new figures from the Central Statistics Office showed just 1 in 9 chief executives (12%) of large enterprises with 250 or more employees in Ireland in 2019 are women. They also revealed that women make up 28% of senior executive roles compared with 72% for men. The data also showed that the vast majority of chairpersons at companies were men - 93% - with women making up the remaining 7%, while 80% of directors on company's boards are men and 20% are women.

The Institute of Directors in Ireland said its recent diversity research found a growing support for gender targets on boards, with support across the board from both male and female directors. In a statement Maura Quinn, CEO of IoD Ireland, said that while progress may not be a straight line, the targets outlined in this report provide a clear focus for boards, their directors and stakeholders, as well as a means of evaluating its progress on an annual basis. "Board diversity is not just ‘a nice to have’, it's about what is best for business," Ms Quinn said. "Board diversity allows for the best possible talent to be available, which in turn will help a business become even more commercially effective. It is imperative that we now heed this call to ensure there is real traction on this issue in the future," she added.

Meanwhile, Ibec CEO Danny McCoy, a member of the review group for the report, said today's publication will lead to a welcome step change for boards in corporate Ireland.  "This is a hugely significant development for business leaders in Ireland and will be embraced as part of the continuing evolution and strengthening of the Irish business model," Mr McCoy said. "The measures announced today are a critical element that form part of the holistic approach required to bring about gender balancing across Irish business and society," he added.

Helen Wycherley, President of Network Ireland - which supports the professional and personal development of women - said that companies can gain so much from having more female representation on their boards. "We know that boards are traditionally male-dominated places so we need to ensure that boards focus on achieving balance - and not just gender but also age and backgrounds," Ms Wycherley said.

The Network Ireland President said that many women do not even think about going on boards and the benefits are many. "They can be a source of income, they will increase confidence and develop connections, they can allow you to give back and absolutely can allow you to make a difference in an area you are passionate about," she added.

Bank of Ireland, which last year set out a target that all management and leadership appointments will represent a 50:50 gender ratio by the end of 2021, also welcomed the report. "We are committed to creating a diverse and inclusive place to work where our people can be themselves and perform to their full potential," said Francesca McDonagh, the bank's CEO.

ABOUT BALANCE FOR BETTER BUSINESS

Balance for Better Business is an independent business-led Review Group established by the Government to improve gender balance in senior leadership in Ireland.

Clients engage us to address the growing importance of diversity in their employee population. Companies that incorporate inclusion strategies in their business have stronger financial performance and provide greater shareholder value. Principal Connections has a strong track record in diversity search assignments and embraces the global reality of diversity and inclusion.